Petroglyph – water from the wild

Petroglyph – Nature’s essence, sourced deep in the heart of the wild in the Altai mountains

Altai - The Vitality of Nature

Unique natural vitality springs from the ridges and rocks of the Altai region of Russia. The formation of the Altai mountains released hugely powerful sources of magnetic energy, leaving both the local inhabitants and surrounding lands infused with health and vitality. Altai’s incomparable natural energy has been attracting millions of visitors to the region every year, and it does so today.

The energy of Altai’s stone unleashed

A cool bedrock layer of the Altai mountains is etched with the history of time, whether depicting prehistoric art, freezing in time the indentations of hoof prints from the horses that drew the first trading caravans across the great Silk Road, or preserving the trails left by hundreds of thousands of pilgrims and travelers, whose paths crossed here. Here, there is no distinction between the animate and inanimate. Everything is alive, vibrating, resonating, pulsing and amplified through the rocks and minerals, the oldest true inhabitants of our planet. 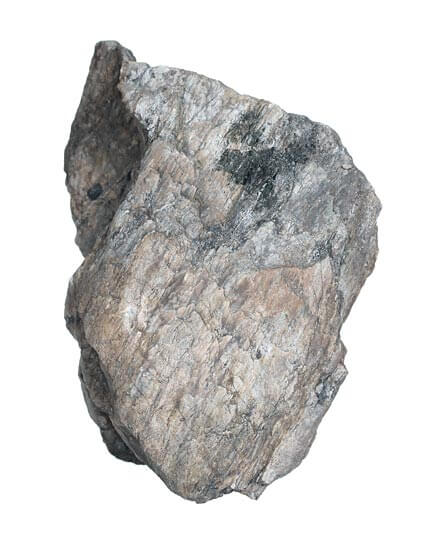 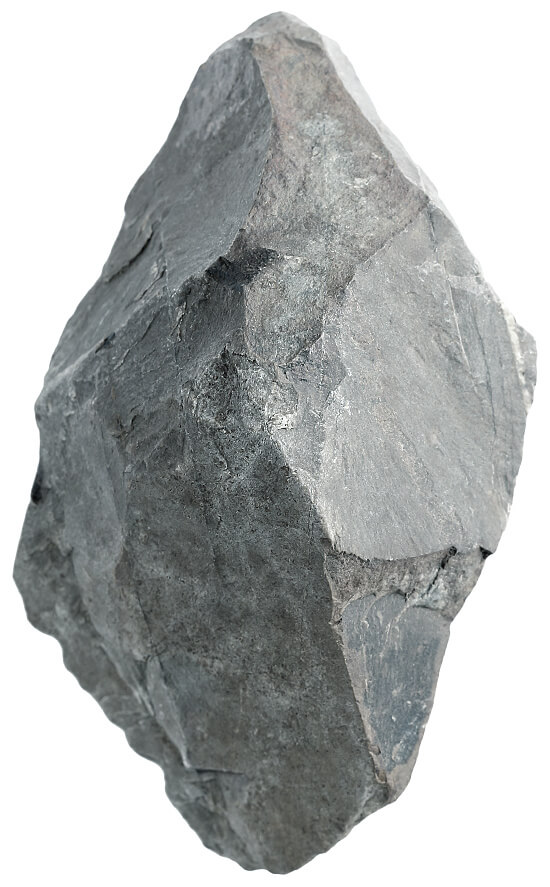 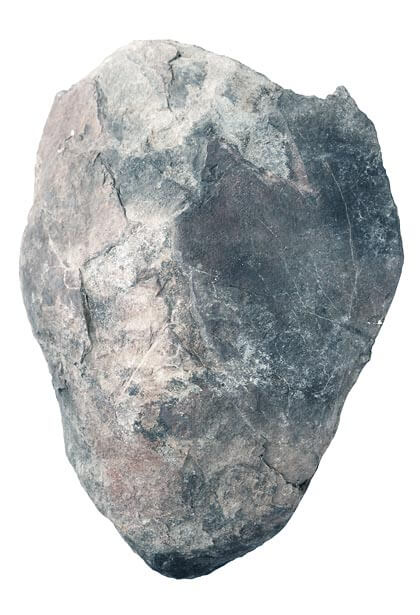 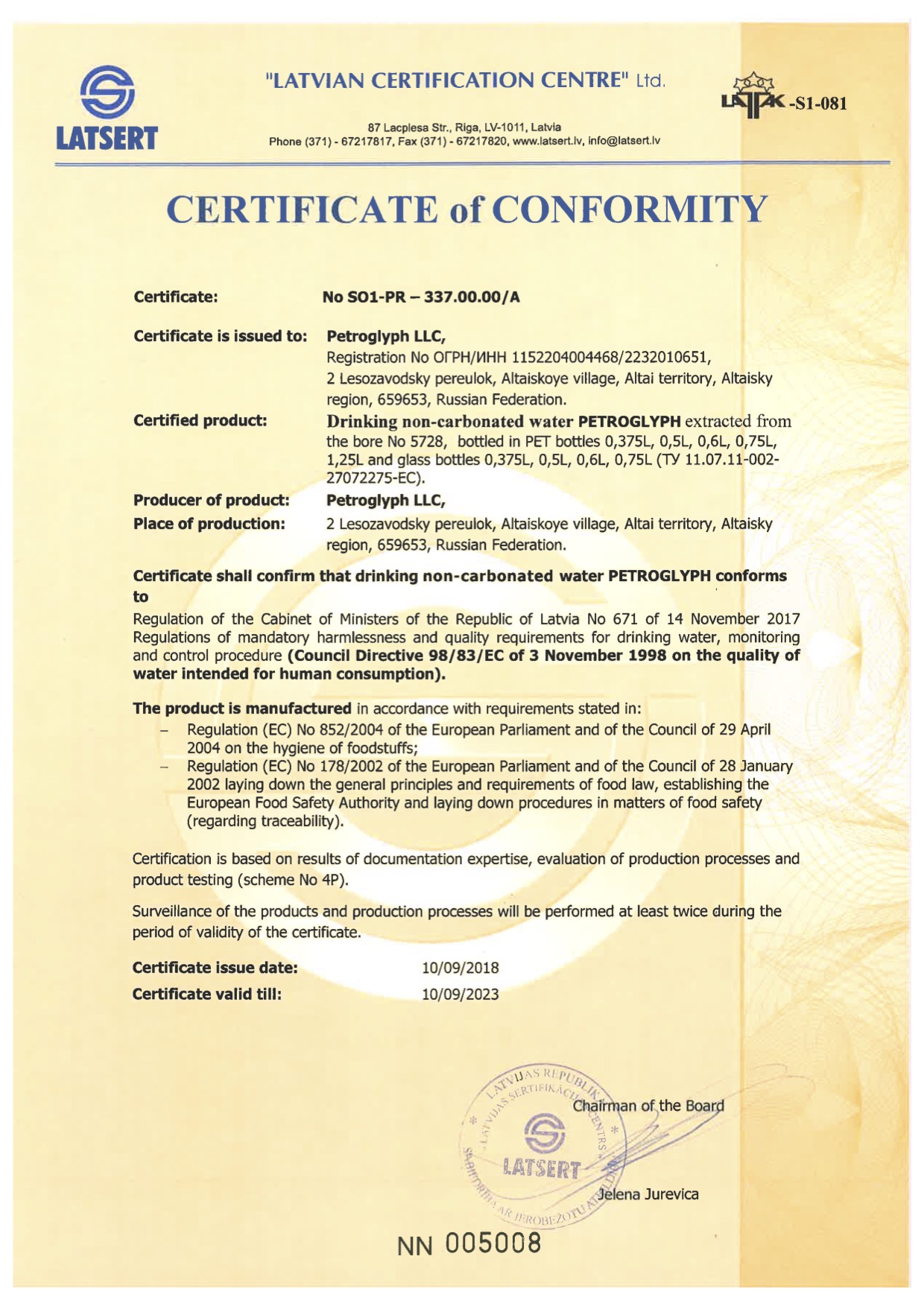 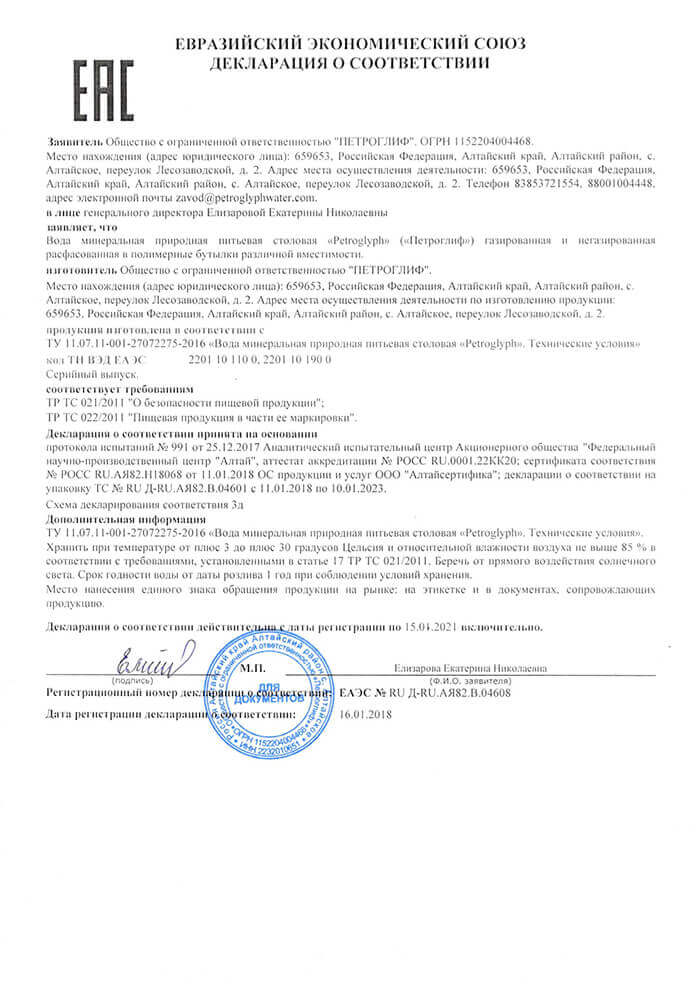 Petroglyph springs originate from a source of virgin purity with its own unique microclimate, a pristine corner of the natural world, which gifts us this crystal-clear water, naturally infused at source with minerals that were formed at the dawn of history, charged with the incredible vitality and energy of Altai, and the secrets of Creation itself.

Nature in the palm of your hand

Each sip of Petroglyph tastes as if it was just scooped up in the palm of your hand, directly from a mountain spring. 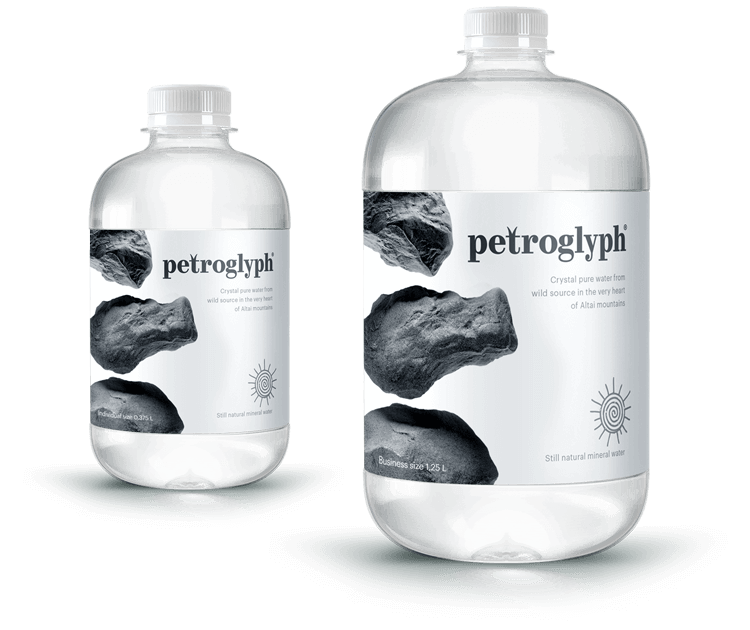 Our Petroglyph bottles have been crafted and shaped in geometrical proportion, reflecting the balance and Natural Order preferred by our customers, and their thirst for life, taste for energy, and appreciation of the subtle things. Ergonomic and bespoke, drinking straight from the bottle will become an experience in itself.

A taste of the wild spirit of nature

Individual form – 0.375 liters. When you drink a 0.375 l bottle of Petroglyph, you will notice how easy it is to hold. Our ‘smart’ bottle design means you don’t have to throw your head back to drink. Our bottle’s quantum balance axis means you can enjoy each gulp of water without tilting your gaze.
Enhance and underline the status of any conference; lend balance to any business meeting;  boost energy levels and clarity of thought at times of extreme mental effort. Petroglyph is the natural choice for anyone who has a thirst for life, thrives in the moment, and strives towards achieving the seemingly impossible. Our business size format adds character and quality to any location where the present is improved, or the future decided.

Stream-lined, bespoke design. Our bottle is balanced to allow you drink on the move, and keep a level gaze whether driving, running, or locked in conversation.

World class design. Petroglyph – prestige in a bottle, designed to impress the most demanding guest.

Altai is one of the last remaining natural reservoirs of the purest of energies accessible to mankind, which can be tapped into only through connecting to the resonances of the ancient source. Here the stone, the water, the soil, and the air are steeped in the sacred essences of Creation. The locals call the true source of Petroglyph water the ‘Three Altais’ – the Altai settlement, in the Altai region, in the district of Altai. Here the horizons unfold to reveal the sculpted landscapes of the mountains and canyons of Altai. The intense concentration of energy forms a heavily charged ring around the old Cherginsky range, which transects the settlement. This creates a powerful invisible screen, like a huge battery, charging the atmosphere with a dynamic, life enhancing power. The soil in the vicinity is fertile and abundant. Only in the environs of Altai do grapes, apricots and watermelons grow, proving that this is a Garden of Eden of sorts nestled in what otherwise are Altai’s harsh climactic extremes. Tribes past, settling in this territory, knew how to maximize this unique gift, and with gratitude and affection embraced the power that surrounded them.
As in the past, the Altai settlement is still an oasis of fertile meadows, which roll down the slopes of the mountains, each one home to dozens of the rarest medicinal herbs and flowers. In the 1930s, the renowned Russian horticulturalist Ivan Michurin chose this location to plant dozens of unique experimental gardens, which flourish to this very day. The fruits and berries grown here were turned into juices and wines by the local inhabitants at one of the local factories where, in the 1950s, geologists drilled down through the rock layers to form a well. The water they drew from deep in the heart of Altai astonished them with what was described as ‘the pure taste of Mother Nature herself’. Decades later, we christened the water from this well ‘Petroglyph’. In its bottled state, it loses none of the physical or chemical qualities it has in Nature, preserving the vitality of its unique source, the same Altai energy that vibrates through the land for thousands of kilometers, and through time since the origin of our world. The unique taste and hidden resonances of Petroglyph work in tandem to help us achieve the full realization of our potential, nourishing and sustaining our natural human tendency to create, develop, and - in time - evolve. 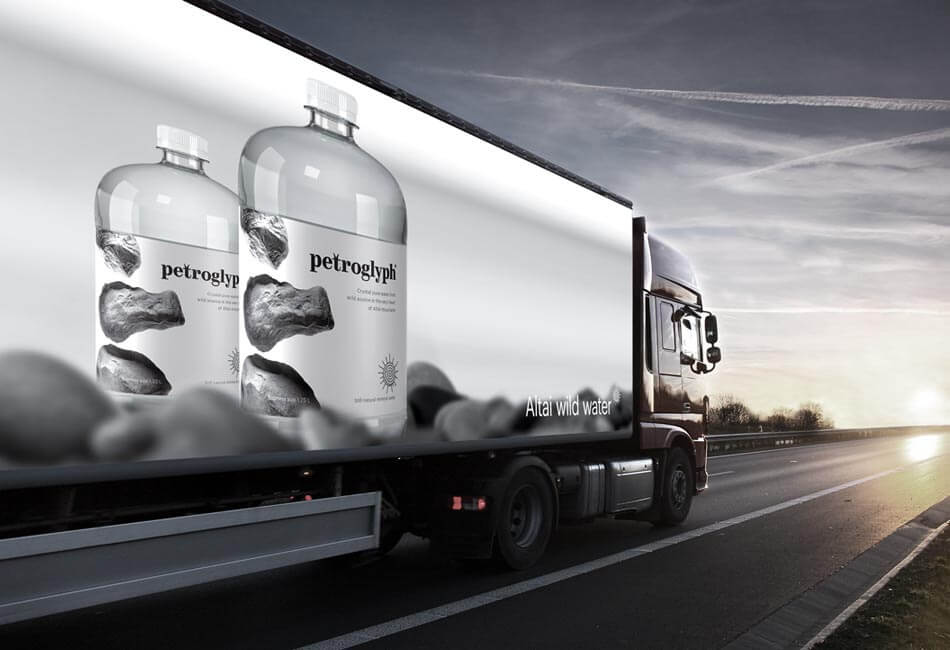 Nature’s energy captured in a bottle

In the modern world, our ability to bottle naturally sourced mineral water, infused with the energy and natural magic of the first hours of Creation, allows us to partake of something sacred, something primeval, something that improves dramatically our quality of life. Petroglyph is the catalyst that connects to a deep and everlasting source of life energy, eternal wisdom, and divine inspiration so we can be strong of will, clear of mind, fearless of soul, and determined in our intentions.

Dear Petroglyphers, Whether you work in an office, a gym, a congress centre, an airport business lounge, or a hotel or restaurant – we will deliver Petroglyph to you right from the heart of Altai. We’ll be delighted to partner any company that shares with us our mission - the desire to live in harmony with nature. Serving Petroglyph to your guests, clients, and partners,  will quickly become recognised as a sign of care and respect through attention to the simplest, but most important of details. We look forward to answering your questions and hearing your thoughts. 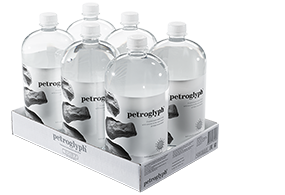 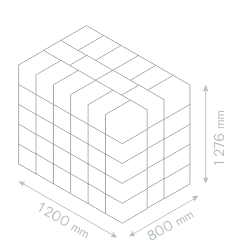 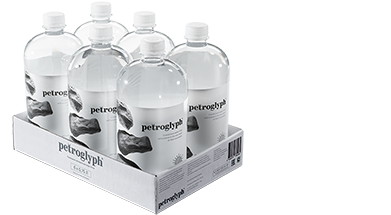 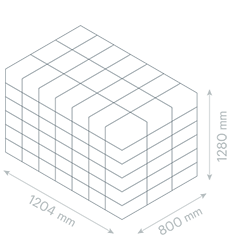 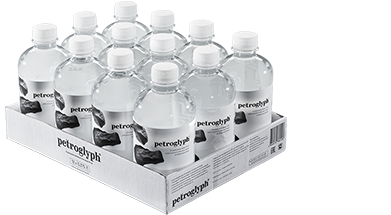 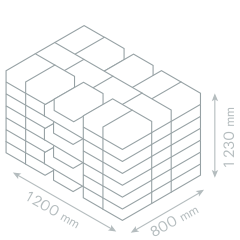 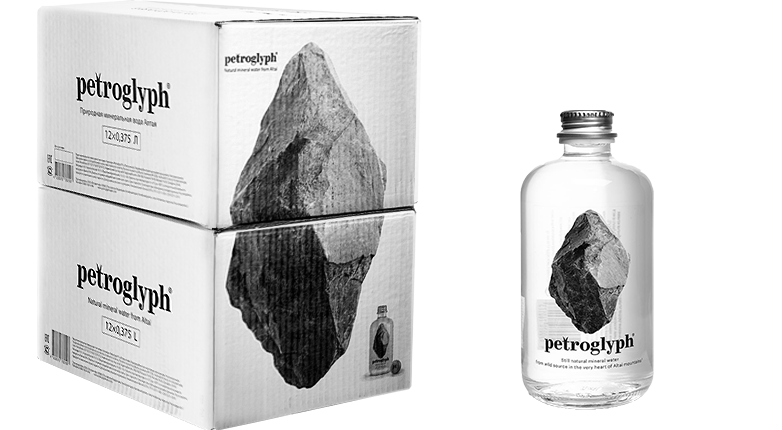 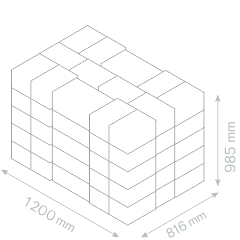 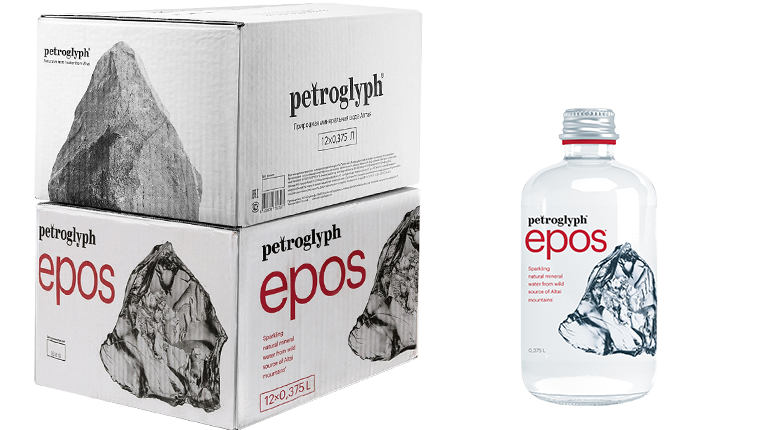 kian
We use cookies to ensure that we give you the best experience on our website. If you continue without changing your settings, we'll assume that you are happy to receive all cookies from this website.
Ok, let's go   Learn more